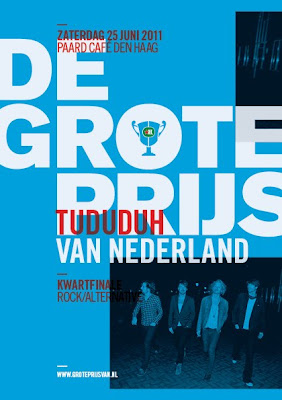 Last summer Tududuh went to Berlin for a videoshoot and a few gigs. When we played at Mauerpark, Camille from EOTY Events in Paris was in the audience. She asked us to come to Paris and together with her colleague Dalila, she booked us three shows.

On day one we played at Le Buzz, a basement reminding me of a minuscule Berlin warehouse. Les Prussians opened the night with a set of steaming rock and after we finished our own show, Wasted Wasted did a cool DJ set. 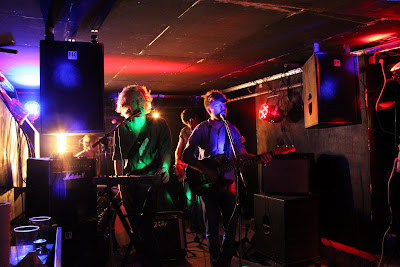 On day two we went looking for a good place to play in the streets to attract people to come to the gig at night. The only people we found were these bunch of kids who were completely into our music. Dancing, jumping and playing guitar on their tennisrackets. In the end we asked them to take a picture with us doing a "cool" pose. They already are way cooler then all of Tududuh combined.. Damn! 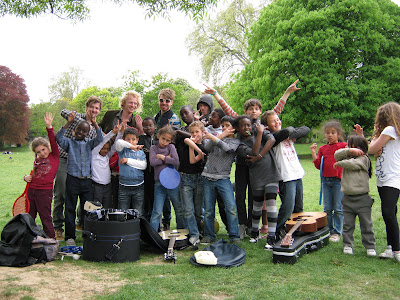 The gig at Les Disquaires that night went very well. We were really getting into it, until the DJ told us to stop after only five songs. It was his time.. Hmm.. When you come all the way from Holland to play a few songs, the DJ can't even wait for fifteen minutes and let us finish our set?!? What an ass. Since we had all that adrenalin in our bodies, we decided to do a set next to the Seine. Usually it's suppose to be idyllic and romantic around there, but this night everyone was drunk and looking for a fight. Weird atmosphere.. I almost got choked by this fresh looking fellow. 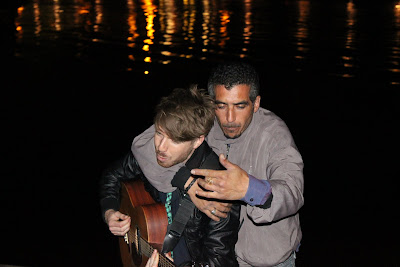 On day three Dalila and Camille took us to better places to play on the streets. It was a beautiful day. There are worse ways to spend the day than to play in the sun in this magnificent city. We sold some CD's and got some people to come to the show that night. Mission accomplished! 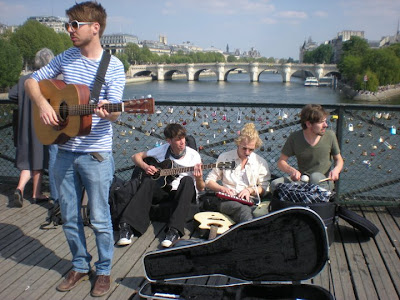 At night we played at La Plage. A cute little place in the Bastille area. Our support this night was Sacha Page. A singer/songwriter who was in the French version of Popstars or Idols or whatever you call those shows. His voice reminded me of one of my favourite singer/songwriters; Sondre Lerche from Norway. It looked like it was gonna be a quiet night, but just before showtime the room was full. People enjoyed the show very much and so did we. 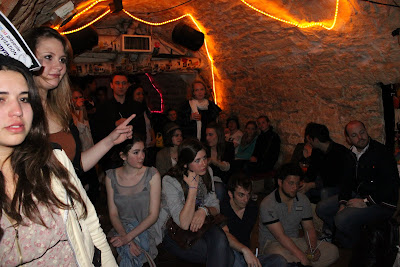 Afterwards we had to run to Place de la Bastille to meet up with our new friend Rod Maurice. Rod is the man behind famous videoblog Le Hiboo. He took us to a bridge to film a few songs. At the end of the first song, Yeah Yeah Yeah, a tall black security guard came up to us and started making wild gestures and telling us to move. So we did.We moved to the roundabout at Place de la Bastille, where Rod came up with the brilliant idea to film me while I was crossing the street. Crazy traffic everywhere, total chaos.. and I had to walk through it! Man.. my legs were shaking. Either way. I made it to the other side alive and this is the result. I like it!
In the end we want to say thanks a lot to Camille, Dalila, Anouk, Les Prussians, Sacha Page, Rod and everybody who came to the shows. We're already making plans for a follow up later this year. A bientôt Paris!

(Pictures by Anouk Haegens, a school teacher and Dalila) 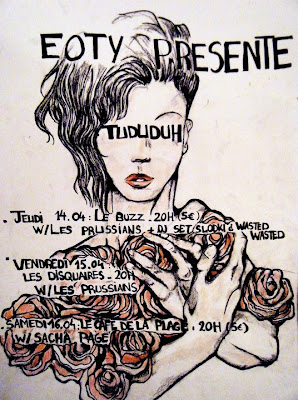 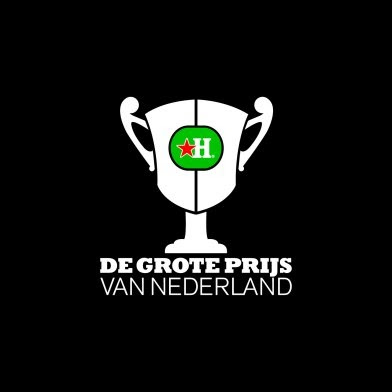